What Happened to Courage the Bull is Tragic

This week, in Queens County, New York City, a bull escaped from a slaughterhouse — a disgusting, filthy, slaughterhouse, where the stench of blood and death is overwhelming.  The bull, now named Courage, tried desperately to escape.  He succeeded.  Somehow, he got out of the slaughterhouse and ran through the streets of Queens.  Police gave chase.

Reporters from multiple local news sources were on the scene, covering the story. Residents were gawking. Courage, most certainly terrorized, did not know where he was running to – but he knew what he was running away from. Scared, confused, and afraid, he kept running. He ran for two hours.  He ran for his life. He ultimately lost.

NYPD, in what could be considered a humane gesture, tried to tranquilize the giant animal.  Clearly, they have no training for how to do that, because Courage died. He had numerous tranquilizer darts protruding from his body, and it is assumed that he was over-tranquilized to death. 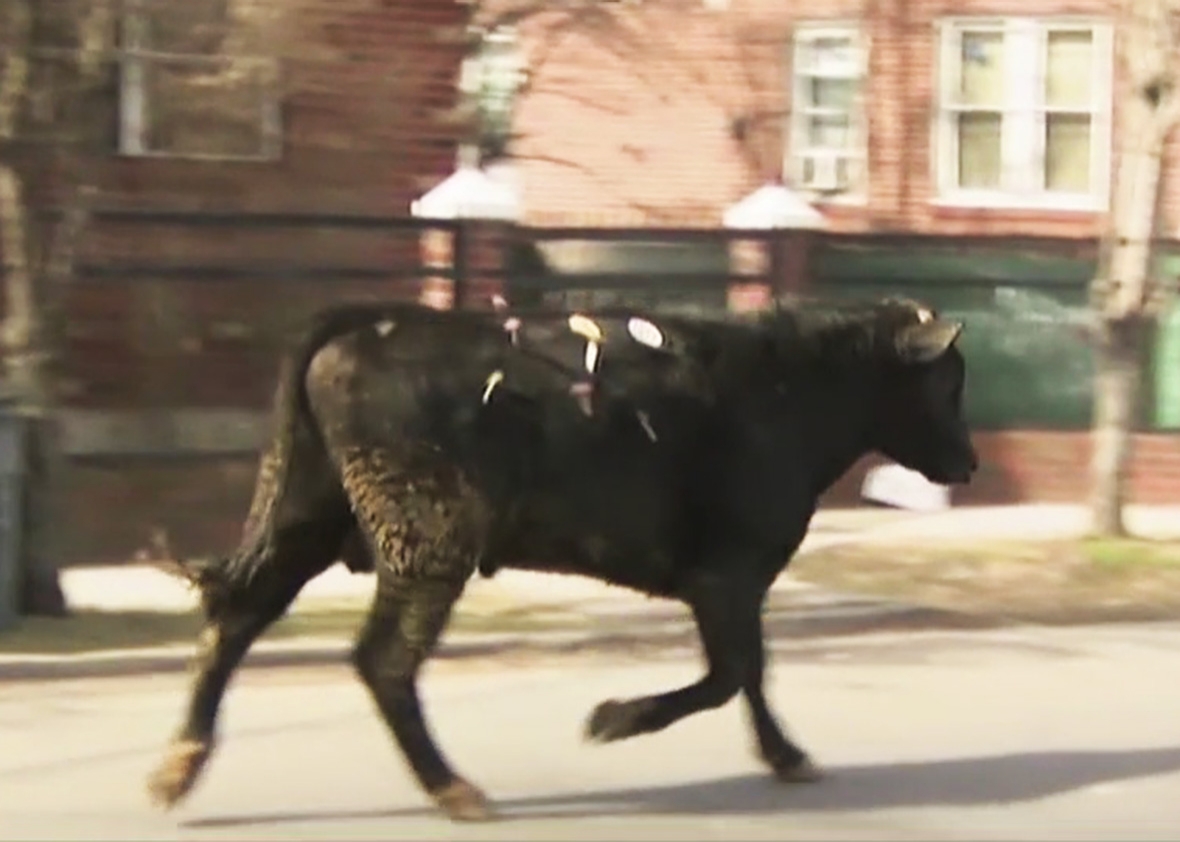 He was supposed to be on his way to New York City’s Animal Care and Control, where Mike Stura, from Skylands Animal Sanctuary, was rushing to meet him, with the intention of taking Courage to the sanctuary.  There, Courage would have been able to, for once, experience peace, kindness, and love.  Instead, Courage died in transit.  A tragedy all around.  But there is a far greater tragedy, as well.

Courage earned his name by taking a chance and making a run for freedom and peace that he would never find.  But for every one Courage, for every one animal that tries to escape the living hell in which he or she is a prisoner, there are not hundreds, not thousands, and not millions more – there are billions more, who never get to escape, who are destined to live unimaginable lives of misery, torture, cruelty, and abuse, never experiencing any freedom, peace, kindness, or love.