Top Vegan Myths (And Why They’re Not True)

Even though veganism today is becoming more and more popular and accepted (to the point where a few vegan food chains now exist) that does not stop the rumor mill from operating at full speed. Miseducation breeds rumors, and after a while rumors become myths.

Below we take a look at the top 5 myths about vegans and explore the many reasons why they are simply, not true!

Myth No. 1:  Veganism is Only About Animal Cruelty

While many vegans convert with animal cruelty at the forefront of their reasoning, animal cruelty prevention is something that is vital not only for moral and ethical reasons but for health and environmental reasons as well.

Go to www.cowspiracy.com for more information on how animal agriculture now could leave an apocalyptic planet for future generations.

Veganism has also been proved to be a far better and healthier way of life when it comes to your own health.  By eliminating animal products, you can reduce your risk for cancer, diabetes, high blood pressure, high cholesterol, obesity, osteoporosis, just to name a few.  Visit www.pcrm.org for more information on how going vegan can save your health, and perhaps your life.

The vegan movement may have been birthed out of the compassion for animals and their well-being, but has proven to aid in improving the overall health of our bodies and the planet we all call home. 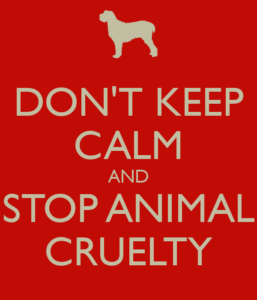 People go vegan for many different reasons, including personal health, consumption and demand reduction, but maybe not everyone is ready to go vegan just yet. That being said, everyone is responsible for making their own decisions and judging someone won’t accomplish anything.

Opening a line of dialogue, communicating, and educating people on the benefits of veganism, however, might be a good place to start.

Myth No. 2:  Vegans Are Protein Deficient.

This might take the award for the biggest vegan rumor of the year because there’s so much confusion about where vegans get their protein from, and vegans are constantly questioned about having to take supplements to keep protein levels balanced.

Nope, plenty of all natural plant foods have plenty of protein and amino acids. 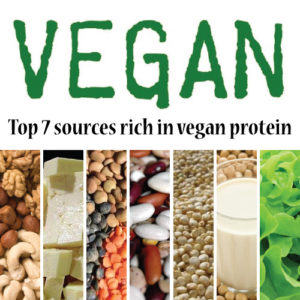 The question is understandable, as meat does pack a lot of protein, but so do plenty of plant-based ingredients that can be used in some awesome vegan recipes. This is an area where vegans can help educate others because meat, especially red meat, is not great for you and overconsumption of it can lead to health issues later in life.

Let’s name just a few of the natural sources of plant protein that also pack a punch:

• Pea protein (a hot new protein that is being used in countless plant-based, high protein foods)

The list goes on and on. With all of these vegan-friendly foods, we’ve got our protein covered.  Moreover, most Americans consume too much protein, and too much protein can be just as dangerous as not enough.  And if you’re looking for some easy-to-make vegan food guides and recipes for protein, there’s plenty, the internet is loaded with them.

Myth No. 3:  Vegans Are Malnourished

Sometimes people will associate a vegan diet with being a cause as to why individuals are super thin and lacking in body mass. We can assure you, vegans love to eat just as much as everybody else and there are plenty of vegan recipes, food products, and restaurants which will fill you to the brim. Vegans have meat on their bones just like everybody else.

In addition, some of the world’s top athletes and body builders are vegan and rave about the benefits and improvements they’ve seen in their athletic performance.

Contrary to what the naysayers might have you believe, vegan food is delicious, and vegans are not deprived in the least!  Vegan food products have exploded on the market in the last decade. The plant-based cheese market is huge.  Vegan ice creams abound.  Plant-based meat substitutes, resembling chicken, pork, beef, and seafood, are readily available, and can be used in receipts identical to their flesh-based counter-parts.

You can get vegan mozzarella, cheddar, provolone, and Artisan style cheeses, that are just as rich and creamy as their animal-based counterparts.  You can get vegan pizza, vegan sour cream, vegan cream cheese, vegan butter, vegan salad dressings.

In fact, even Ben & Jerry’s has introduced a new “dairy free” line which is fabulous!! Plus, not only is vegan food tasty, but it’s also low in fat and cholesterol, high in fiber, and 100% cruelty-free.

There’s always a way to make the classics, vegan style. Everything from mac n’ cheese to mashed potatoes can be whipped up and made vegan. If you’re not a vegan, why not give it a shot once a week to see what it’s like? You may like it. 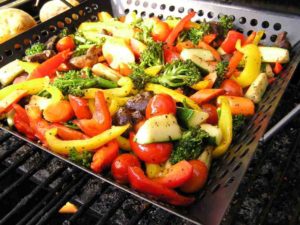 Don’t skip dessert! Everything from cakes to ice cream and cookies can be made from vegan ingredients or purchased ready-made, and are absolutely scrumptious.

Myth No. 5:  Seafood, Eggs, and Dairy Are Vegan

Vegans do not eat seafood, eggs. or dairy products. In fact, they do not eat or wear anything that has come from an animal. Dairy and egg farms are known to have horrific conditions, some much worse than slaughterhouses, and all animal agriculture contributes to the cruelty of animals, and horrific environmental effects, which is why vegans abstain from consuming foods like cheese, yogurt, eggs, and milk, in addition to meat, poultry, and seafood.

Fish and other sea life have also demonstrated intelligence and emotions.  Moreover, fish farming is one of the biggest destructive industries on our planet today.  Through overfishing, we are slowly but methodically depleting our oceans of sea life, which will alter the eco-balance of our planet to the point of no return.  Over time, this will wreak havoc on the Earth’s ecosystems. 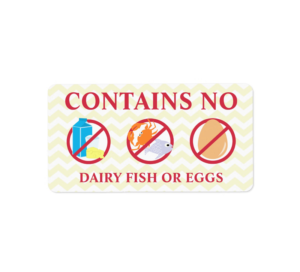 The Animal Cruelty Exposure Fund exists to shine a light on the truth, on the horrors that animals have to endure within the farming and agriculture industries. By choosing to eat vegan you not only are benefiting yourself but are also helping the world at large. For more information about our current campaigns visit our projects page.