You simply cannot have it both ways. That said, the science and studies of animal behavior and capability trumps any attempts at justification, anyway.   Animals’ ability to feel and experience every emotion humans can is readily observable. Whether we are dealing with dogs, pigs, pigeons, rats, mice, rabbits, or monkeys, it is indisputable that animals experience love, pain, joy, amusement, sorrow, depression, fear, devotion, loyalty – the list goes on and on – just like we do. They have their own lives, their own desires, their own needs and wants. They do not want to live their lives in sterile steel cages, deprived of everything that is natural or important to them. Since that is the case, what right do we have to imprison these beings, who are far more “like” us then we care to admit, when inconvenient, for our own selfish needs? The excuse that these experiments can “better” or “help” us is, simply, morally wrong and unacceptable.

Think of all the sci-fi movies and television shows that depict creatures from other worlds who confine and experiment on us. From Star Trek on, these movies and TV episodes show imprisoned humans, who scream “injustice” and rebel against their captors, and ultimately, the bad guys lose, and justice prevails as the humans go free. Not so for the real-life victims.  If we have the ability to imagine the injustice that would befall upon us, should we be used for another race’s experiments, and our disdain for same, why can’t we have empathy for the animals that we ourselves imprison for this purpose? Again, we cannot have it both ways. Excuses like, “they are well cared for,” or “they have food and shelter,” are insufficient. Human prisoners also have food and shelter; yet, it is indisputable that freedom is preferred.  Moreover, these excuses are inaccurate, at best.  Most animal testing involves horrific treatment and conditions, that involve severe confinement, pain, torture, deprivation, and even sadistic treatment.  At the very least, animals in cages are deprived of their freedom.  That is something that we all cherish and value, in and of itself.

Animal testing and experimentation, also known as vivisection, is barbaric and cruel, period. It cannot be justified, under any circumstances.  The only true way to “better ourselves” is to respect all life, in all its forms and wonders.  Compassion and empathy will truly make us better beings.  And in light of our self-proclaimed intelligence, we will find another way to gain knowledge without torturing and confining other helpless beings.  Bettering ourselves cannot be accomplished, as long as we exploit other beings for our own self-serving purposes.

For more information and to learn what you can do, visit: 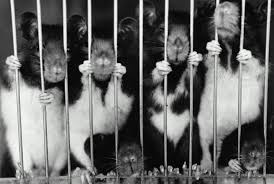 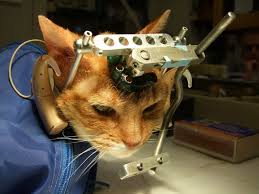 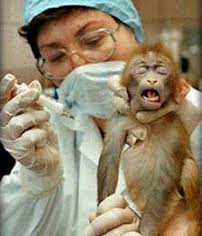 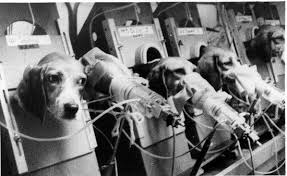 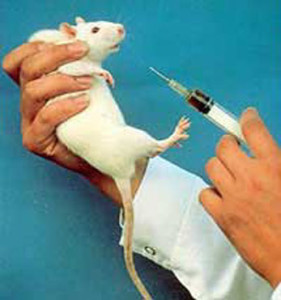